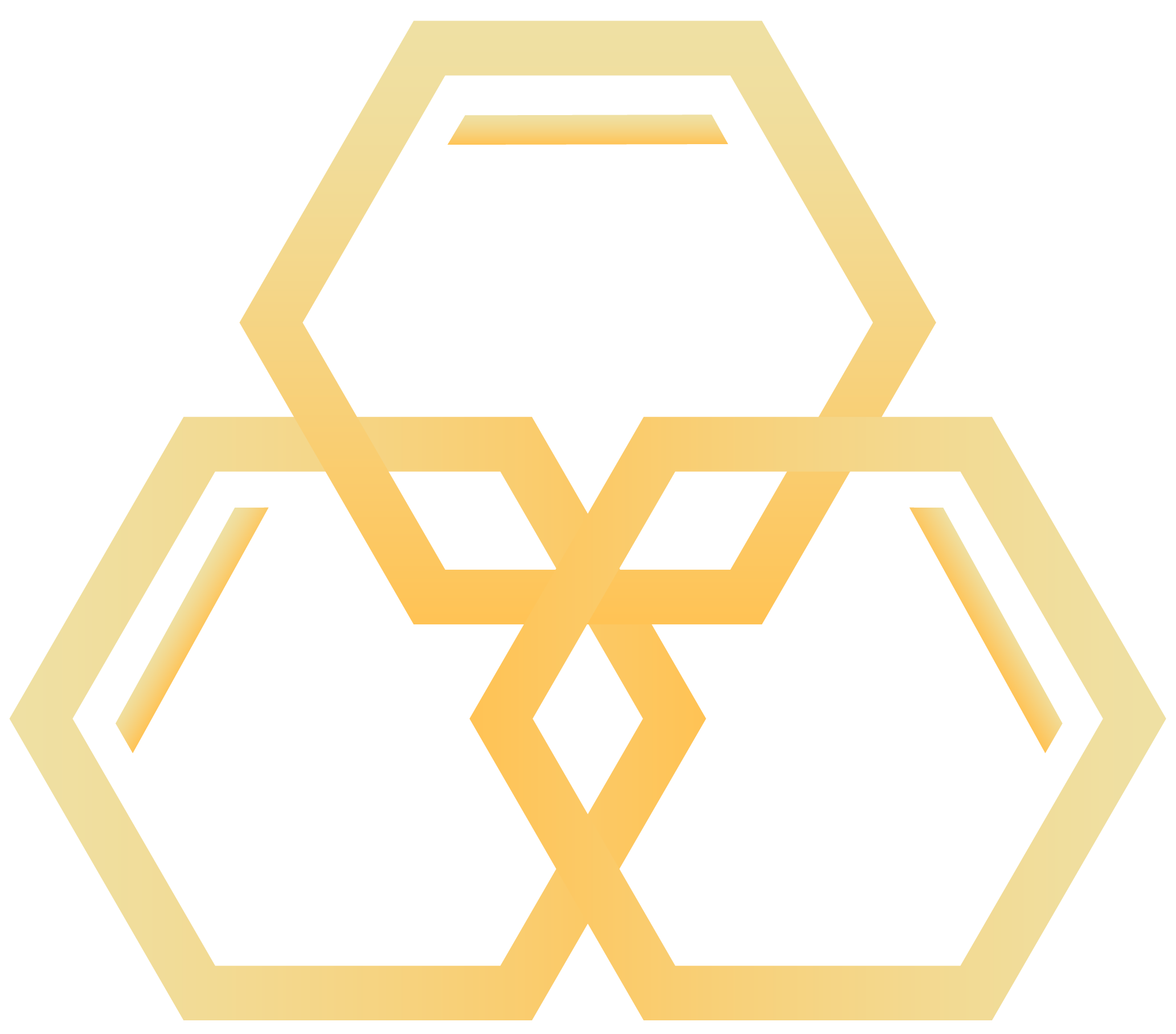 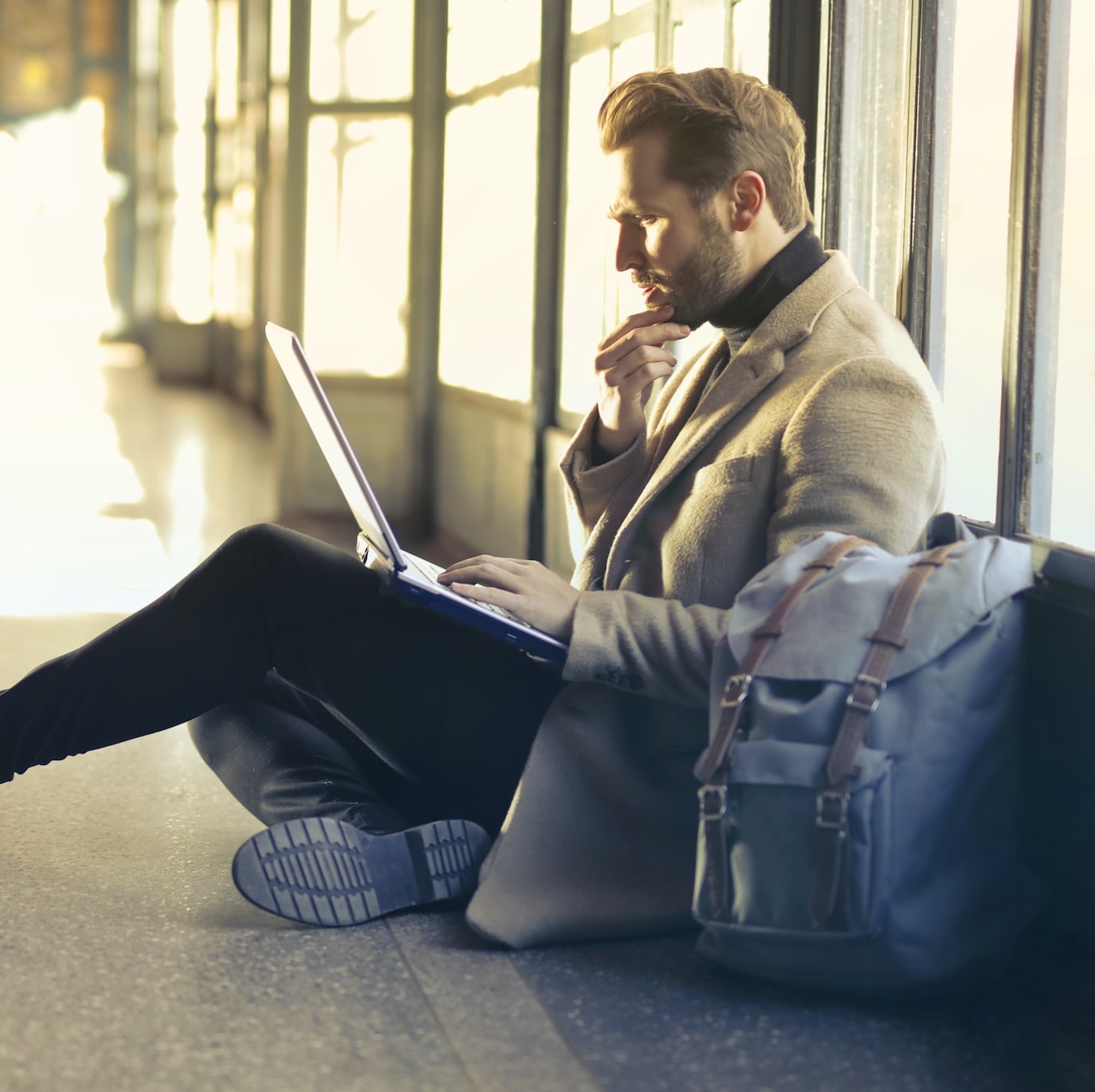 Cognitive biases can affect the way we make business decisions. By understanding the 7 most common cognitive biases, you can start improving your business.

What Are Cognitive Biases?

Entrepreneurs are often lauded for thinking outside the box and taking risks. But it's not always easy to make good decisions, especially when it comes to business. The tendency of people is to go through automatic memory processes that somehow affect decision-making. That's because we all have cognitive biases that can distort our thinking. You want to be smart, but you also want to be realistic, which means being aware of cognitive biases.

Everyone has cognitive biased beliefs according to insights from psychology. These are systematic patterns of deviation from norm or rationality in judgment. They're basically shortcuts that our brain takes to save time and energy. While they may help us make quick decisions, they are most often than not linked to negativity bias which often lead us astray. Negativity bias is linked to loss aversion. This is a kind of cognitive bias that explains why the pain of losing is psychologically more powerful as the pleasure of gaining.

Recency bias is another type of cognitive bias that favors events that have happened recently as opposed to historic ones. There are different kinds of cognitive biases. But here we discuss those that are relevant to business owners like you.

Cognitive biases are common, nearly unavoidable, and can significantly impact your business. They're not necessarily bad or good in themselves; they influence our behavior in a way that might not be helpful.

Cognitive biases are little mental shortcuts that can lead us astray when making decisions. Individuals create their own "subjective reality" from their perception of the input.

For example, a cognitive and self-serving bias might lead you to overestimate the likelihood of an event happening because it has happened to you in the past. Cognitive biases are often difficult to overcome because they involve our basic cognitive processes, such as original memory, attention, and judgment.

Here are seven of the most common cognitive biases every entrepreneur should know before making a decision:

For example, you might meet someone who is perfectly nice—but if they happen to be wearing a shirt with a political message that you disagree with, you might write them off as a bad person without getting to know them first.

We all do this to some extent; it's just human nature. But confirmation belief bias can be dangerous if you only consider information that supports your point of view and ignore evidence that contradicts it.

We have all been there. We are conversing with someone and start using industry jargon or acronyms, only to be met with a blank stare. We then realize that we have made the Curse of Knowledge biased belief, assuming that the other person has the same knowledge and background as us on the topic.

It's important to be patient when teaching someone something new and to remember what it was like when you first learned. Breaking things down into small, manageable steps can help. Doing so will help ensure everyone is on the same page and avoid communication breakdowns.

We try our hand at something new, only to find that we're not nearly as good as we thought. This experience is so common that there's even a name for it: the Dunning-Kruger effect.

We've all encountered someone convinced they are right about something, even in the face of evidence to the contrary. This can lead to all sorts of problems in business, from choosing the wrong products or services to investing in faulty technology.

We tend to think that our future selves will be just like our present selves. However, cognitive biases like the framing effect can cause us to make decisions that are not in our long-term best interests.

The framing effect is the tendency for people to assume that you will have the same tastes, desires, and preferences in the future as you do in the present. For example, you may decide to buy a new car because you think you will still love it years down the road. However, your future self may have different tastes and preferences and may not be so happy with your decision.

We all judge our future selves based on our current preferences, thoughts, and values. This cognitive bias is known as projection bias and can lead us to make sub-optimal choices.

For example, we may procrastinate on an important project because we believe our future selves will be more motivated to complete it. However, in most cases, our future selves are just as likely to be tired, busy, and distracted as our present selves. As a result, we often end up putting off important tasks until it's too late.

Sunk cost fallacy leads us to irrationally justify continued investment in something simply because we don't want to admit that our original decision was a mistake. Of course, this isn't always a bad thing. Sometimes, perseverance in the face of adversity can lead to success.

However, even if it's not the best use of our resources, we feel like we have to see it through. This can lead to destructive behavior, from staying in a bad relationship because "we've come this far" to continuing to pour resources into a failing business venture.

We, humans, are a pretty risk-averse bunch. We don't like to lose; this cognitive bias is known as loss aversion.

Loss aversion refers to the tendency of people to prefer avoiding losses to acquiring equivalent gains. In other words, we would rather not lose $10 than gain $10. This may not seem like a big deal, but loss aversion can lead us to make some sub-optimal decisions.

For example, we may be hesitant to invest in a new business venture because we're worried about losing our money. Or, we may stay in a job we don't like because we're afraid of the unknown.

We all have these 7 cognitive biases, which often lead us astray. But the good news is that once we're aware of them, we can start to correct them. We can train our brains to make better decisions with a little effort. Here are some ways to correct them.

Mindfulness is the practice of being aware of your thoughts and feelings in the present moment without judgment. When we're mindful and apply positive psychology, we'll be able to see things as they are, not as our cognitive biases would have us believe they are.

If you're facing a decision, take the time to gather as much information as possible. The more information you have, the less likely you are to be influenced by cognitive biases.

Make sure your emotions are in check.

It's important to ensure that your emotions are checked when making decisions. If you're feeling angry, anxious, or stressed, you're more likely to fall prey to cognitive biases.

Cognitive biases are a fact of life, but that doesn't mean we have to be ruled by them. By understanding these 7 cognitive biases, you can avoid them in your decision-making process. As a result, you'll be more likely to make choices that are in your best interest - not just emotionally but also logically.

R.A.I.S.E. your advertising impact
The 7 most common file formats
What is a Brand Style Guide?
What is a creative?
Make your own lighter skins

Thank you! Your submission has been received!
Oops! Something went wrong while submitting the form.

Our mission is to help companies create their best customer journey. We do this by working with today's business leaders to bridge the gap between branding and business development.

How to Become a Better Leader

Wondering how you can become a better leader? Check out these tips for fostering strong team morale and improving employee productivity.
Learn More 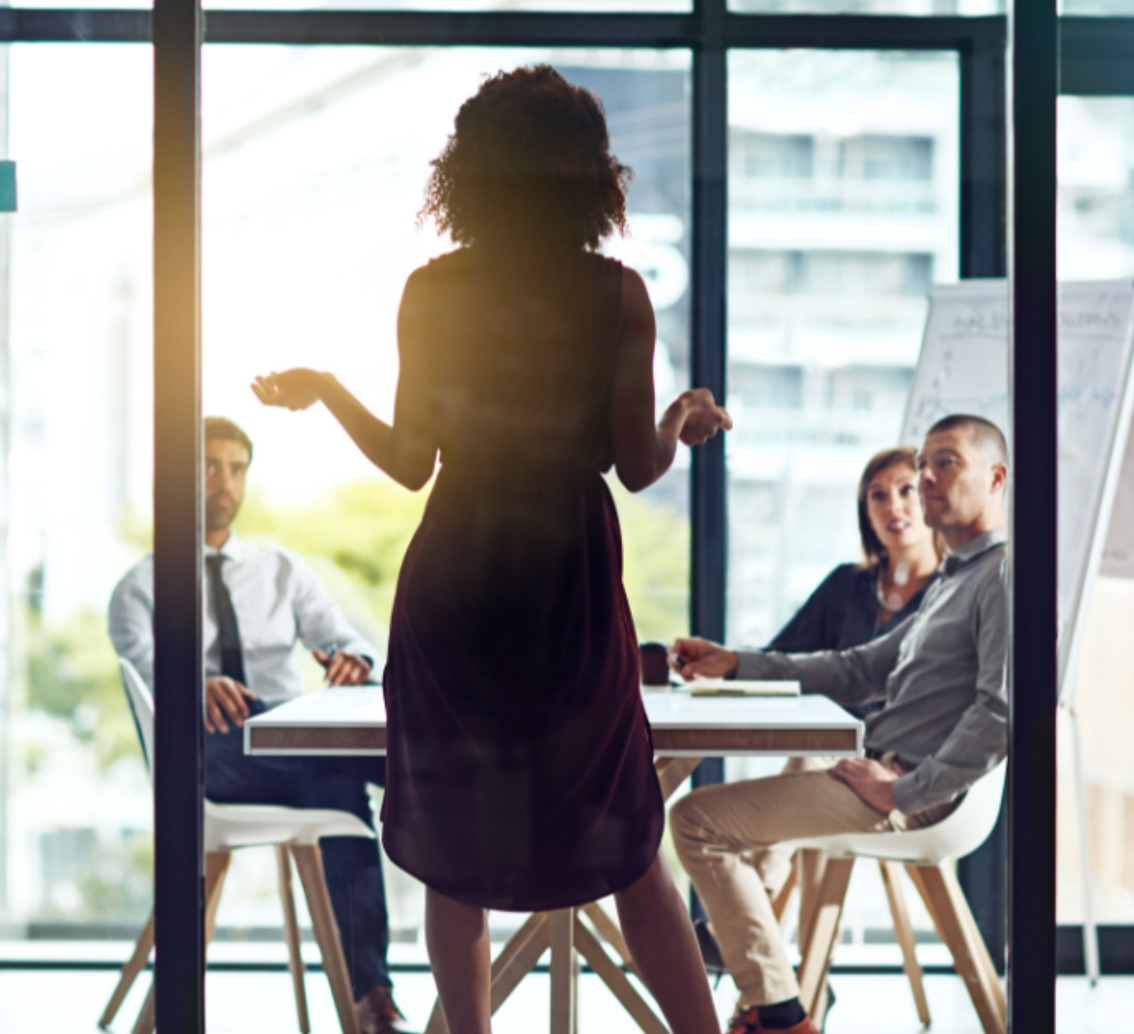 Top 10 AI Marketing Tools to Grow Your Business in 2023

As businesses race to adopt artificial intelligence, which tools should they use? Check out our list of the top 10 AI marketing tools for 2023!
Learn More 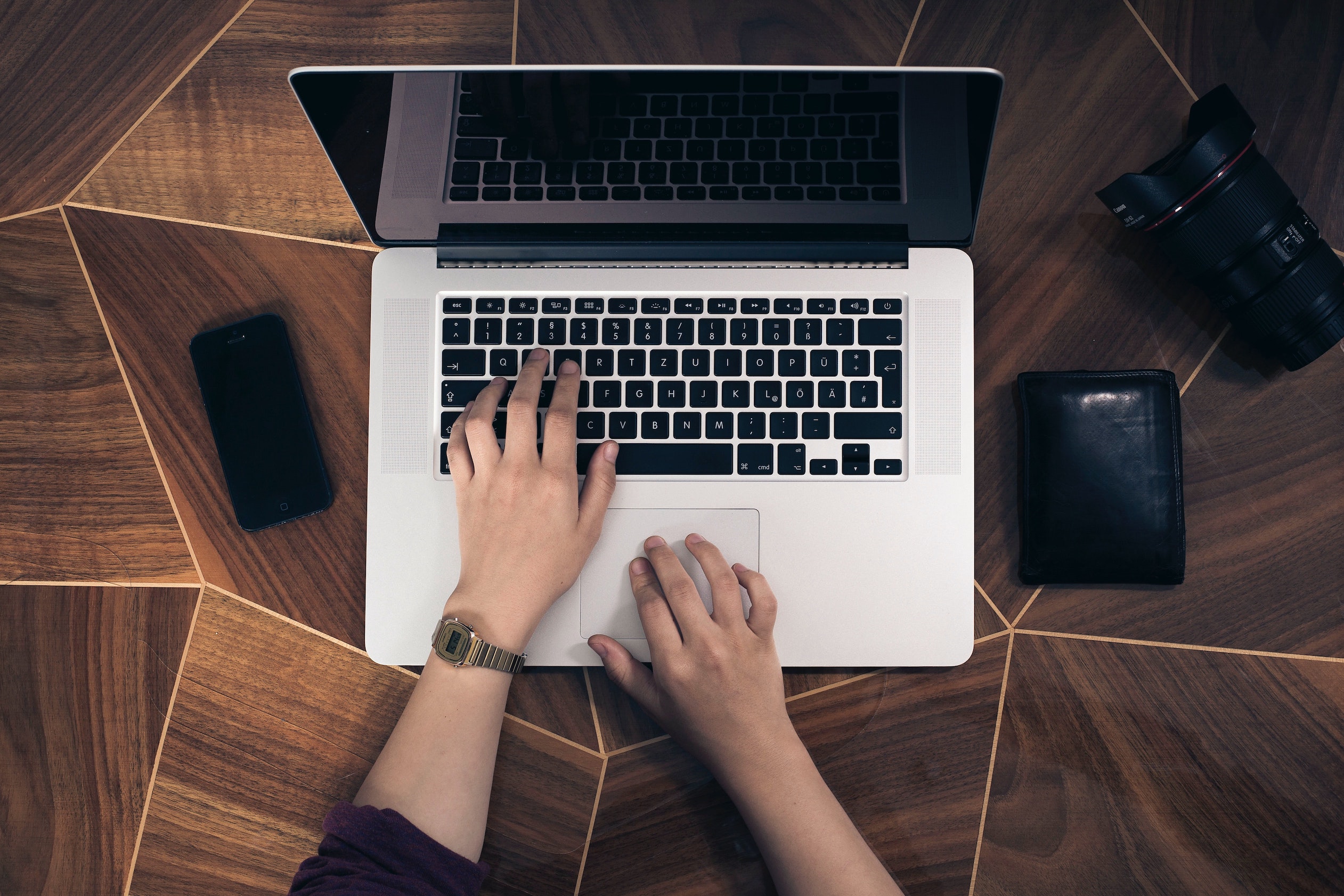 Creating a content marketing strategy and plan can seem daunting, but it doesn't have to be. When undertaken successfully, it can provide powerful results.
Learn More 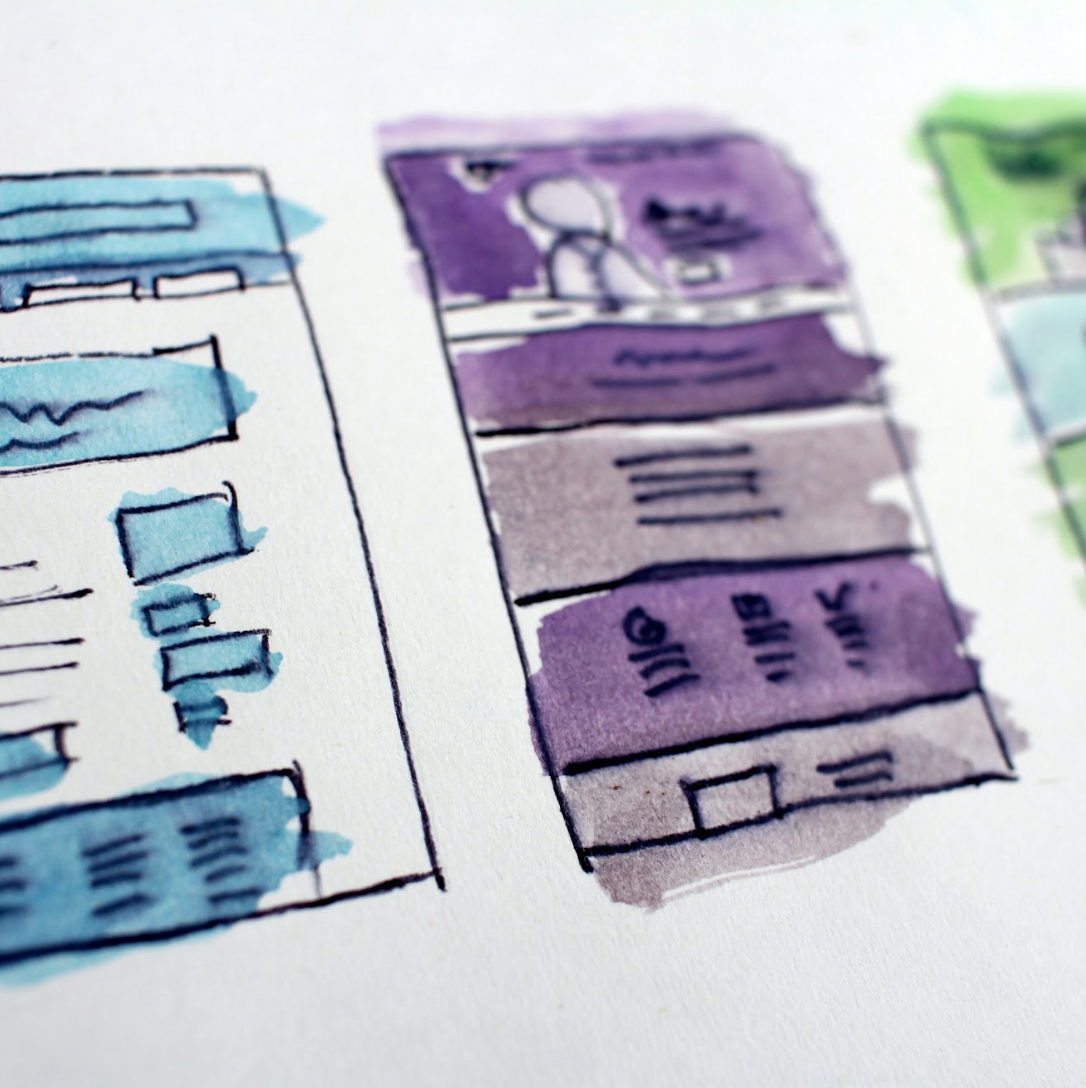 What Do Marketers Mean When They Say "Create Value"

Ensure your business game remains successful in the long run. Learn why you should create value with the most powerful business concepts. Read on!
Learn More 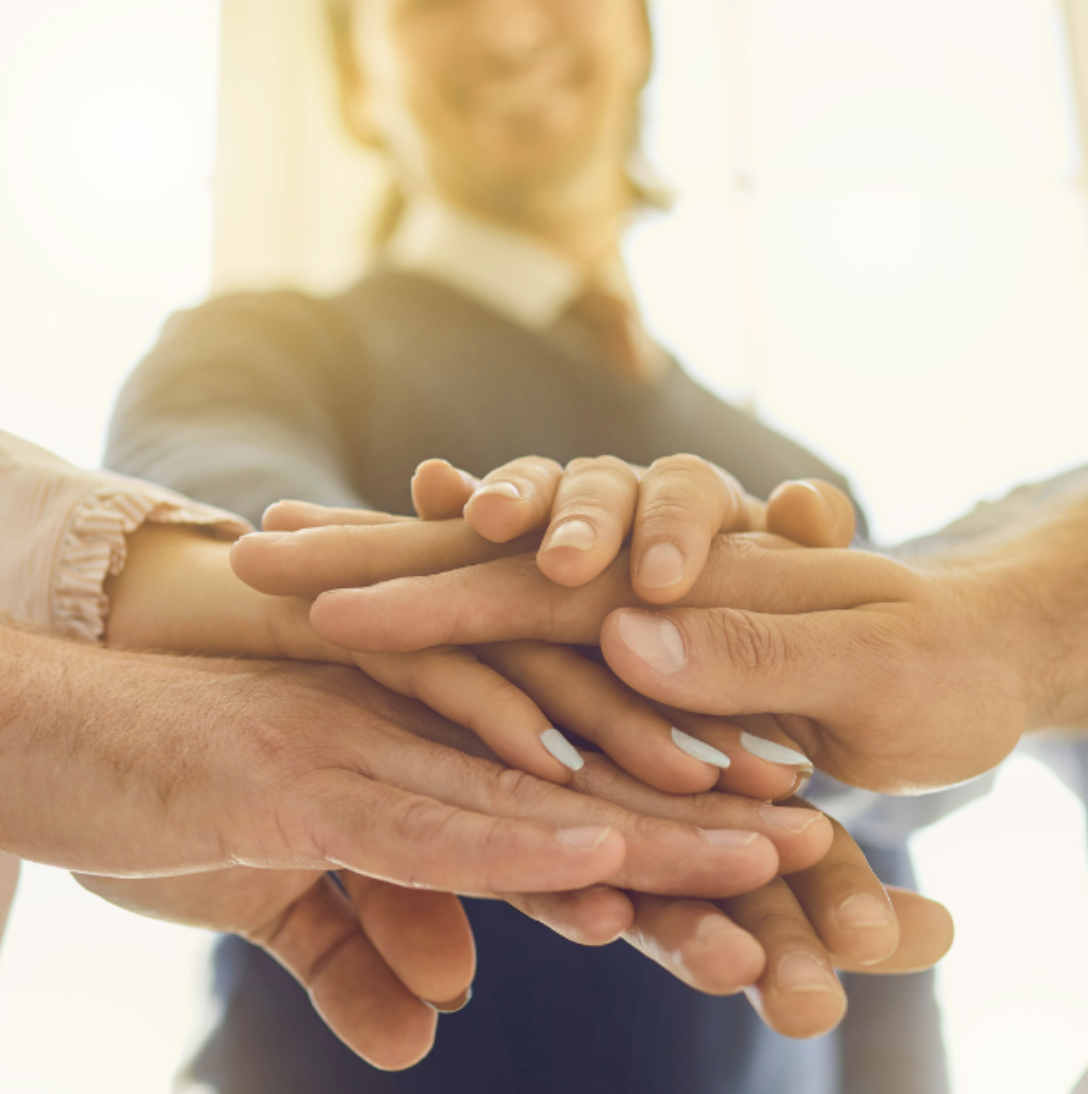 Let's take 30 minutes to discuss your lead nurturing process, website and any complementary branding assets. At the end of the call you can expect to understand what steps you need to take in order to improve your customer experience.

We will get back to you shortly! Follow our Instagram for even more tips!
Oops! Something went wrong while submitting the form.

DO you really need A branding Agency?

What is a branding agency & what's the difference?

A branding agency focuses more on the long term value of a corporation rather than its short term wins.
Branding agencies will:
1. Focus on increasing the value of your customer experience through carefully designed aesthetics, materials, imagery, & messaging.
2. Focus on decreasing churn rate & failed onboarding attempts.
3. Focus on increasing profit margin through higher more affluent customers.
Marketing agencies will:
1. Focus on getting generic fast leads across multiple channels.
2. Focusing more on the quantity of posts and capturing the masses attention.
3. Focus on generating and publishing fast and scheduled posts.

Reasons to hire us as your branding agency.

1. You don't want to worry about micro managing a designer, let alone a design department.
2. You find branding fascinating and want us to teach you and build your skills along the way.
3. You dislike lots of short meetings and prefer longer ones, 2-3 times a month.
4. You like clear cut project rates.
5. You're skeptical about traditional marketing because you've been burned in the past.

How do I get started?

1. Fill out our contact form.
2. Receive an email to schedule a phone call.
3. Discuss your business history, goals, challenges, and vision.
4. Sign contract.
5. First meeting and start of project.

Are we the right agency for your business?

We work with executives, business developers, owners, and start-ups that usually already have a solid business model and now need the tools and assets to expand their market to clients who are willing to pay a premium for a certain standard they've come to love. Our Brand Appreciation Bundle takes 3 months to complete.

How does payment work?

Payments can be broken up in many ways. Here's the most typical we see.
50% Due on project start date.
25% Due at meeting the 75% progress point of the project.
25% Due upon receiving the final delivery.
We accept wire transfer, checks, or Paypal.